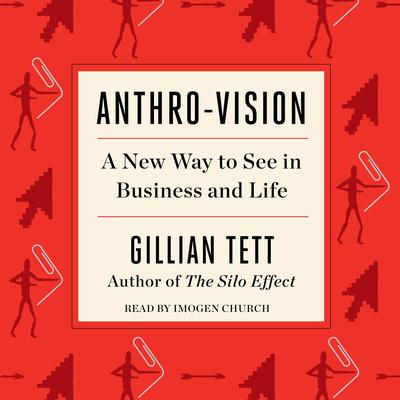 Anthro-Vision: A New Way to See in Business and Life

In an age when technology, big data, and financial analysis defines business decision-making, award-winning financial journalist and anthropology PhD Gillian Tett presents a different idea: businesses can revolutionize their understanding of human behavior by studying consumers and organizations through an anthropological lens.

Amid severe digital disruption, economic upheaval, and political flux, how can we make sense of the world? Leaders today typically look for answers in economic models, algorithms, and business schools. Gillian Tett points to anthropology, or the study of human culture.

Little understood compared to other social sciences such as psychology, anthropology is generally known as the study of exotic rituals, colorful tribes, ancient bones, primitive cultures, or even cannibalism. Yet anthropology has always offered a wealth of insights for professionals from business executives, investors, and analysts to political leaders, journalists, lawyers, and even computer scientists. Back in the nineteenth century, a group of London financiers founded the “Cannibals Club”: a society dedicated to anthropology, with the goal of understanding unfamiliar cultures to become better equipped to make investments overseas. Today, anthropologists are more likely to study Amazon warehouses than remote Amazon tribes; they have done research into institutions and companies such as Adidas, Ford, JP Morgan, the US army, and more, shedding light on practical questions such as how internet users really define themselves; how advertising groups can best market pizza; why teenagers are so addicted to cell phones; or why bank traders miscalculate losses.

Anthropologists train to get inside the minds of other people, even if those people seem as “alien” as cannibals. Their expertise not only helps them to understand other cultures, but also to appraise their own cultures with fresh perspective, as an insider-outsider. Anthropology makes the familiar seem unfamiliar and vice versa, giving us three-dimensional perspective in a world where many executives are plagued by tunnel vision, especially in fields like finance and technology. Lively, lucid, and practical, Anthro-Vision offers a revolutionary new way for understanding the behavior of organizations, individuals, and markets in today’s ever-evolving world.

Gillian Tett, journalist and author, oversees global coverage of the financial markets for the London Financial Times, the world’s leading newspaper covering finance and business. In 2007 she was awarded the Wincott prize, the premier British award for financial journalism, and in 2008 was named British Business Journalist of the Year. She has a PhD in social anthropology from Cambridge University and speaks regularly at conferences around the world on finance and global markets.