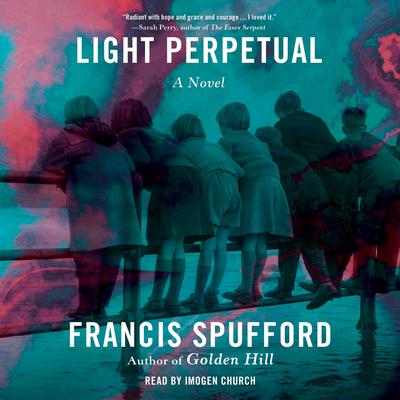 From the critically acclaimed and award‑winning author of Golden Hill, a mesmerizing and boldly inventive novel tracing the infinite possibilities of five lives in the bustling neighborhoods of 20th-century London.

Lunchtime on a Saturday, 1944: the Woolworths on Bexford High Street in southeast London receives a delivery of aluminum saucepans. A crowd gathers to see the first new metal in ages—after all, everything’s been melted down for the war effort. An instant later, the crowd is gone; incinerated. Among the shoppers were five young children.

Who were they? What futures did they lose? This brilliantly constructed novel lets an alternative reel of time run, imagining the life arcs of these five souls as they live through the extraordinary, unimaginable changes of the bustling immensity of twentieth-century London. Their intimate everyday dramas, as sons and daughters, spouses, parents, grandparents; as the separated, the remarried, the bereaved. Through decades of social, sexual, and technological transformation, as bus conductors and landlords, as swindlers and teachers, patients and inmates. Days of personal triumphs, disasters; of second chances and redemption.

Ingenious and profound, full of warmth and beauty, Light Perpetual illuminates the shapes of experience, the extraordinariness of the ordinary, the mysteries of memory and expectation, and the preciousness of life.

“Light Perpetual’s brilliance lies in the emotion and drama it wrings from the ordinary—but profoundly meaningful—experiences of its protagonists.” —Financial Times
“Light Perpetual is something new and brave. With exceptional care…Spufford catches the voices and hopes of five not-dead working-class south Londoners, and the people who change and shape them." —Guardian (London)

Francis Spufford is the author of several highly praised books of nonfiction. His first book, I May Be Some Time, won the Writers’ Guild Award for Best Nonfiction Book of 1996, the Banff Mountain Book Prize, and a Somerset Maugham Award. In 2007 Spufford was elected a fellow of the Royal Society of Literature. He teaches writing at Goldsmiths College and lives near Cambridge, England. Golden Hill is his first novel.