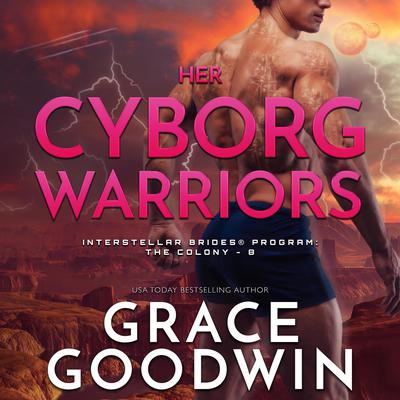 Professional surfer Mikki Tanaka didn’t want to leave her beloved Hawaii, the ocean waves, or the vibrant sea life she’s worked so hard to protect. But her protests and aggressive tactics didn’t mesh with the law and she’s found herself behind bars. Her choice? Ten years in jail or life as an Interstellar Bride. Never one to shy away from adventure, she decides to take her chances in the stars—with not one, but two sexy-as-hell alpha warriors on the Colony.

Surnen, a Prillon Warrior and trusted doctor, has been waiting for a bride for years. Banished to the Colony, he’s given up all hope, until a black-haired Earth beauty instantly steals his heart and his breath. But the highly disciplined doctor likes protocols and control, in bed and out of it. His second and an equally ruthless warrior, Captain Trax, agrees. Unfortunately, their new mate has a wild streak, a thirst for danger, and an appetite for violence that both shocks and thrills them. When her penchant for stirring up trouble brings danger to the Colony, they’ll stop at nothing to save her.

Grace Goodwin is a USA Today and internationally bestselling author of sci-fi and paranormal romance with nearly one million books sold. Grace’s titles are available worldwide in multiple languages in e-book, print, and audio formats. Two best friends, one left-brained, the other right-brained, make up the award-winning writing duo that is Grace Goodwin. They are both mothers, escape room enthusiasts, avid readers, and intrepid defenders of their preferred beverages. (There may or may not be an ongoing tea vs. coffee war occurring during their daily communications.) Grace loves to hear from readers.