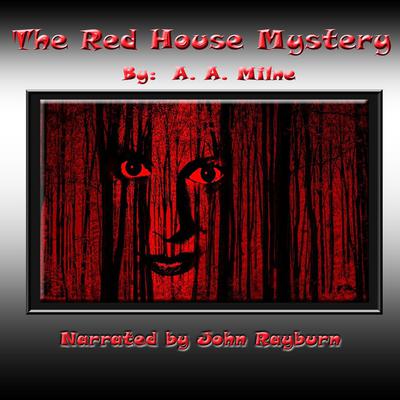 By A. A. Milne
Read by John Rayburn

A. A. Milne John D. Rayburn

The author’s birth name was Alan Alexander Milne, but his pen name used only the initials A. A. Milne. He eventually won worldwide acclaim for his renowned youth-oriented stories about Winnie-the-Pooh. However, he tried something different a few years before that, a story based on parental devotion. He explained his reason for that in his preface:

Like all really nice people, you have a weakness for detective stories, and feel that there are not enough of them. So, after all that you have done for me, the least that I can do for you is to write you one. Here it is, with more gratitude and affection than I can well put down here. —Alan

How’s that for an introduction to a “whodunit”? Just listen to what he wrote.

“Though Milne is immediately associated with Winnie-the-Pooh and pals, he nonetheless wrote a number of adult titles, including this 1922 novel in which guests at a country estate become amateur sleuths when a shooting occurs and all evidence points toward their host.” —Library Journal