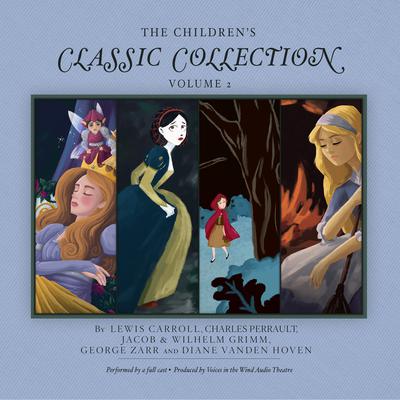 A Voices in the Wind Audio Theatre Production

The Brothers Grimm were German academics, linguists, cultural researchers, and authors. They are among the most well-known storytellers of European folk tales, and their work popularized such stories as “Cinderella,” “The Frog Prince,” “Hansel and Gretel,” “Rapunzel,” “Rumpelstiltskin,” and “Snow White.” Their first collection of folk tales, Children’s and Household Tales, was published in 1812. The popularity of the Grimms’ collected folk tales has endured well beyond their lifetimes. The tales are available in hundreds of translations and have been made into popular Disney films, including Snow White and the Seven Dwarfs, Sleeping Beauty, and Cinderella.

Charles Perrault (1628–1703) was a French author and intellectual. Known as a founding writer of the fairy tale genre, he rewrote numerous folk tales, including Sleeping Beauty, Cinderella, Little Red Riding Hood, Blue Beard, and Puss in Boots. His stories, which continue to enjoy worldwide acclaim, have been adapted to opera, ballet, theater, and film.

George Zarr is an award-winning audio dramatist currently based in Chicago.  He is the producer, writer, director, and composer of the Hans Christian Andersen musical The Bell, the four-part comedy Hurry! Hurry! It’s Almost Christmas, the mystery collection Dark of the Moon Inn, and the Western comedy musical serial Hoofbeats in My Heart, all four available from Blackstone Publishing.