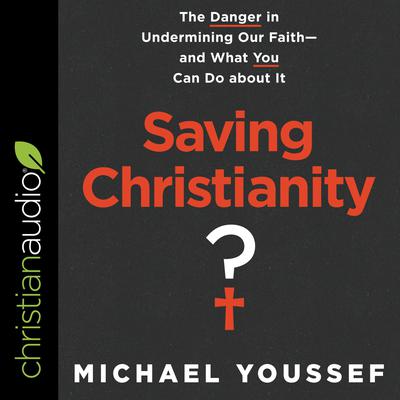 Saving Christianity?: The Danger in Undermining Our Faith - and What You Can Do about It

A clear and frank exploration of the future of Christianity and whether it needs to be saved.

We live in confusing times. Our society has shifted on its moral axis, and many are asking whether Christianity needs to be reinvented—or even reimagined—in order to save it. With Newsweek declaring "The Decline and Fall of Christian America" on its cover and The Daily Beast questioning "Does Christianity Have a Future?" bloggers and Christian commentators are discussing whether we need a "new of kind of Christianity."

In Saving Christianity? Dr. Michael Youssef explores this train of thought and its pitfalls. He describes how similar discussions in Christianity's recent past explored the very same question. Saving Christianity? will help you discern what is going on within the church while it reviews the essentials of the Christian faith as described in the Bible.

We dare not abandon this "mere faith," as Dr. Youssef describes it, because it is the light for all humanity—and especially for those of us living in today's chaotic times.

After listening to Saving Christianity? you'll have a renewed confidence in the future of the church and the central place it will occupy for generations to come.