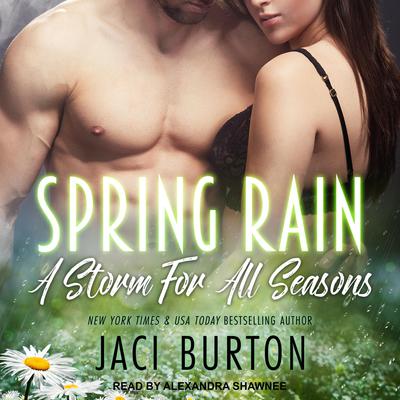 The A Storm For All Seasons Series: Book 4

Kaitlyn Storm has loved Brett McGregor since she was seventeen years old, even before he pulled her into his arms and kissed her until she was breathless. But Brett pushed her away, not wanting to subject Kaitlyn to the demons inside him.

Ten years later Brett is a widower with a dark secret he hides from everyone, especially Kaitlyn. He doesn't want her to get close, doesn't want to risk hurting her. Though he owns a prominent New Orleans art gallery, he no longer paints. Not since that black day six years ago when his wife died. And no matter how much Kaitlyn begs him, he won't paint her nude portrait, even though her lush body and sensual nature haunts his dreams at night.

But Kaitlyn won't take no for an answer. She's determined to use all her powers of magic to convince Brett to start living and loving again, even if she has to seduce him while posing nude for a painting. And in the game of seducing the man she loves, Kaitlyn is relentless.

Jaci Burton is the New York Times and USA Today bestselling, award-winning author of over fifty books, including the Storm for All Seasons series and the Wild Riders series. She won the Romantic Times Reviewers’ Choice Award in 2006. Burton lives in Oklahoma.