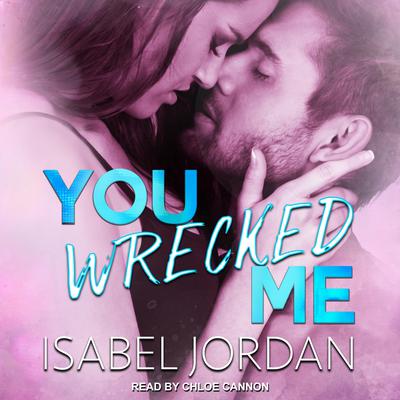 The You Complicate Me Duet: Book 2

Sadie O'Connor had successfully avoided Gage Montgomery for years. Hell, she was practically a ninja at avoiding him. And if it weren't for a stray dog, some barbed wire, and the giant gash across her left ass cheek, she might've been able to go on avoiding him. But now Gage—the sexiest, grumpiest jerk she's ever laid eyes on—is right here, within reach. And it's not long before her heart's ready to hurl itself at him. Again. Too bad she can't afford to trust her heart. Not after what happened the last time . . .

Gage certainly wasn't expecting to come face-to-face—or, face-to-ass, he supposed—with Sadie again, either. Their smokin' physical chemistry had been complicated when they first met. Now Gage knows exactly what he wants, and that's Sadie—in his arms, in his bed, forever. All he has to do is convince the woman of his dreams to un-friend zone him once and for all . . .

But before Gage and Sadie can figure out how to stow their emotional baggage and move forward together, they have to deal with a crazy pregnant lady, Gage's even crazier family, and the re-appearance of a particularly pesky ghost from Sadie's past.

Isabel Jordan is a paranormal and contemporary romance author who writes because it’s the only profession that allows her to express her natural sarcasm and not get fired. She lives in the United States with her husband, eight-year-old son, a senile beagle, a neurotic shepherd mix, and a ginormous Great Dane mix.