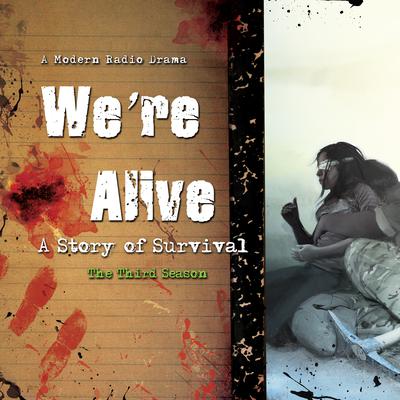 We’re Alive: A Story of Survival, the Third Season

A Story of Survival Series: Book 3

The tower has fallen. Survivors are scattered, scrambling to find safety and each other. The rest of the world comes into view as the threats continue to evolve. Elements of strength and hope start to emerge—but at what cost?

We're Alive: Season 3 features twelve chapters packing performances and sound effects that rival movies and prove that modern audio drama is undead and well. Join our survivors as they band together, struggle to fortify a safe haven, and discover that zombies are far from the worst thing in a postapocalyptic world where the rules of human decency no longer apply.