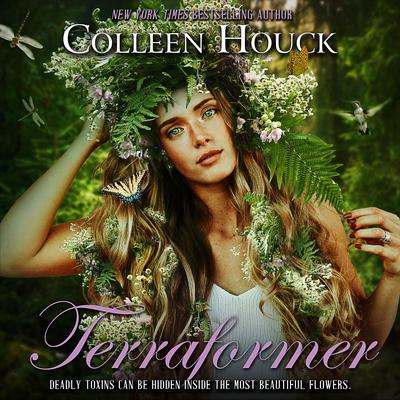 Deadly toxins can be hidden inside the most beautiful flowers. That's what Astra Meador's famous biophysicist mother taught her.

As her mother's apprentice, Astra has developed skills in botany, chemistry, medicine, and, most importantly, in keeping secrets. In fact, keeping Astra's secret was the reason her family decided to leave Earth and join a terraforming mission to colonize a distant planet called Crillain IV. But when Astra wakes early from hypersleep, she discovers that her mother never made it onboard and her father died in transit.

When the ship lands and she's reunited with her brother, Nash, Astra hopes to settle into a new life, especially when she meets the charming engineer Jax and is recruited by the mission commander to train alongside his handsome son to be a future leader of the small colony.

Then Astra learns that she's not the only one with a dark secret. As both young men contend for her affection, Astra searches for answers, trying to determine who to trust. But with the sudden disappearance of her beloved brother, Astra can't listen to the whisperings of her heart, especially when someone or something else on the planet is whispering to her mind even louder.