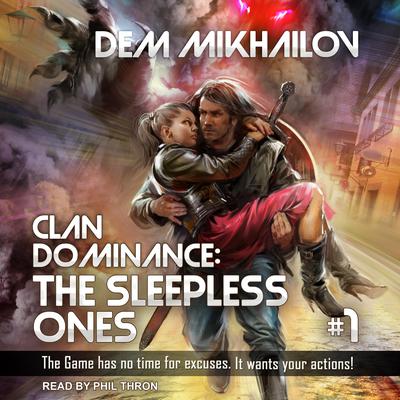 Clan Dominance: The Sleepless Ones #1

Rostislav Grokhotov, an ordinary clerk working for a privately-owned company, just wanted to earn some extra money in the game. He had no specific plans for his new character. Little did he know that his new nickname Rosgard would become the game's next greatest legend.

Even the game's Crèche zone may contain items of interest if you're observant enough. Rosgard's find didn't just change his own life drastically—it enveloped an entire game world in turmoil to boot! The adventuring player becomes a valued prize for Waldyra's leading clans. Our hero has to conceal his real name, since he's in danger in the real world as well, and that's no game anymore. There are millions at stake— and the currency in question isn't Monopoly money. Rosgard holds the key to wealth and power in both worlds.

Should you play your own game or throw in your lot with the strongest? This is the question that needs to be answered by the protagonist, whose luck is incredible. Whose side does one take without becoming a pawn in anyone's game?