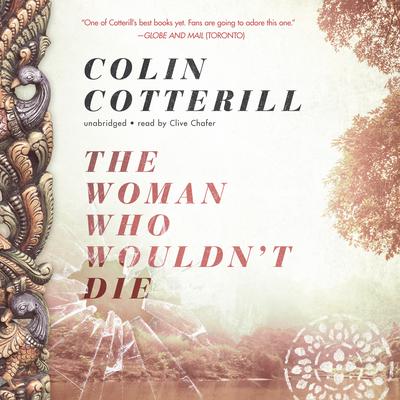 The Woman Who Wouldn’t Die

In a small Lao village, a very strange thing has happened. A woman was shot and killed in her bed during a burglary; she was given a funeral and everyone in the village saw her body burned. Then, three days later, she was back in her house as if she'd never been dead at all. But now she's clairvoyant and can speak to the dead. That's why the long-dead brother of a Lao general has enlisted her to help his brother uncover his remains, which have been lost at the bottom of a river for many years.

Lao national coroner Dr. Siri Paiboun and his wife, Madame Daeng, are sent along to supervise the excavation. It could be a kind of relaxing vacation for them, maybe, except Siri is obsessed with the pretty, undead medium's special abilities, and Madame Daeng might be a little jealous. She doesn't trust the woman for some reason. Is her hunch right? What is the group really digging for at the bottom of this remote river on the Thai border? What war secrets are being covered up?

“One of Cotterill’s best books yet. Fans are going to adore this one.” —Globe and Mail (Toronto)
“The latest Dr. Paiboun novel by Colin Cotterill showcases both author and detective at the top of their games. It’s an entertaining and captivating mystery underpinned by a fascinating exploration of the tangled history of Laos.” —Christian Science Monitor
“This quirky mystery is filled with unforgettably strange characters.…It’s also filled with Cotterill’s dark humor, best seen in the characters’ wry dialogue. Readers who appreciate reluctant cops and detectives, like Tarquin Hall’s Indian sleuth, Vish Puri, or Stuart Kaminsky’s Russian Inspector Rostnikov, will love Cotterill’s cynical, haunted coroner.” —Booklist (starred review)
“Irresistible, for new readers as well as established fans.” —Shelf Awareness
“After Cotterill’s hiatus to launch another series set in Thailand…the return of that glorious curmudgeon Dr. Siri for a ninth escapade is bliss.” —Kirkus Reviews