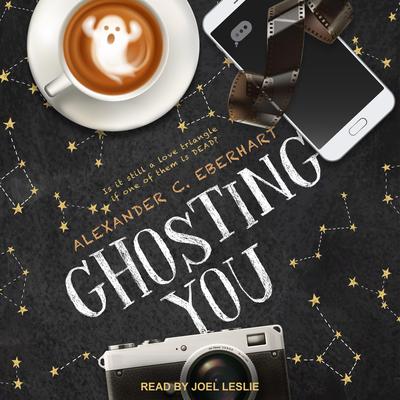 Tommy hears dead people. Okay, one dead person. His best friend, Chase. Since his death, Tommy can't stop hearing his voice. They talk every day and Tommy even sends him texts, but it always ends the same. Message failed to send. Until one day, a stranger texts back.

Getting stuck in nowhere Georgia was not on Nick's summer agenda, but a horoscope, a chance encounter, and a cute boy has things looking up. There's just one problem, the boy hates him. When a broken phone leaves him with a new number, Nick is ready to write off the entire summer as a loss. But then he receives a strange text.

When Tommy and Nick's worlds collide, the attraction is instant, but Tommy just can't let Chase go. Can Nick use his status as Tommy's anonymous stranger to break down his defenses or is Nick destined to live in a love triangle with a ghost?