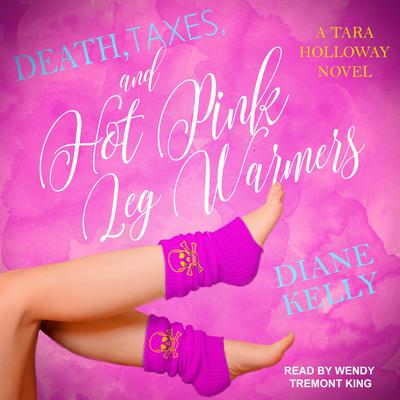 It's bad enough that Tara has to go on trial against the mortgage-frauding "Tennis Racketeers" who cheated banks and homeowners out of millions in between doubles matches. Now she has to go undercover—in a strip club—to strip the sleazeball owner of his indeed illegal livelihood. At least she's working as a bookkeeper, not a pole dancer. And who needs tips when her undercover crush, Special Agent Nick, is the club's bodyguard?

With so many hot bodies on display, Tara agrees to join her boss, Lu "the Lobo" Lobozinski, in her daily workouts at the Y. Lu's on a health kick after recovering from cancer, and she's pulled her leotards, tights, and hot-pink leg warmers out of mothballs. Which is okay with Tara. If she hopes to put Mr. Geils behind bars, grab the tennis boys by the balls, and lock lips with the unsuspecting Nick, she needs to be in the best shape of her life . . .