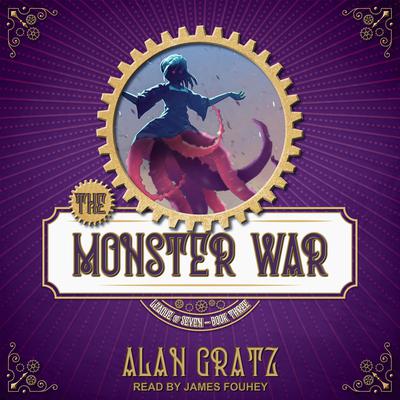 The Monster War is the third book in the action-packed, steampunk League of Seven series by acclaimed author Alan Gratz.

Having discovered the monstrous secret of his origins, Archie Dent is no longer certain that he is worthy to be a member of the League of Seven. But with new enemies to face, he realizes that he may not have the luxury of questioning his destiny.

Wielding the Dragon Lantern, the maniacal Philomena Moffett has turned her back on the Septemberist Society, creating her own Shadow League and unleashing a monster army on the American continent. Archie and his friends must race to find the last two members of their league in time to thwart Moffett's plan and rescue humanity once more.