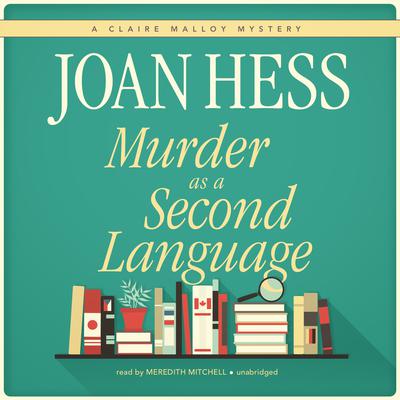 Murder as a Second Language

Claire Malloy, now a married woman of leisure, tries her hand at volunteering but instead lands right in the middle of another murder investigation.

Longtime bookseller and single mother Claire Malloy has recently married her long-term beau and moved out of her less than opulent apartment into a sprawling, newly remodeled house. Her daughter, Caron, is making plans for college. All of this leaves Claire with something she hasn't had in quite a while: spare time.

When her attempts to learn French cooking start getting mixed reviews, she agrees to help Caron and her best friend Inez fluff up their college applications by volunteering as an ESL tutor with the Farberville Literacy Council. But her modest effort to give back quickly becomes a nightmare when she's railroaded onto the board of directors of the troubled nonprofit. Vandalism, accusations of embezzlement, epic budget problems, and a cacophony of heavily accented English speakers are just the tip of the iceberg. Just as she decides that it might be best to extricate herself, Claire gets a frantic call from her husband, Deputy Chief Peter Rosen. One of the students, an older Russian woman named Ludmilla, famed for her unpleasantness, has been murdered in the offices of the Farberville Literary Council. For the first time ever, Peter actually asks Claire for her help.

“In Hess’ winning nineteenth Claire Malloy mystery Claire’s daughter, Caron, and Caron’s best friend, Inez, sign on as ESL tutors so they can put community service on their college applications. Claire also tries to volunteer at the Farberville, Arkansas, Literacy Council, but she winds up instead joining the board of directors…Claire discovers that her fellow board members had plenty to hide as she investigates with her usual humor and panache.” —Publishers Weekly
“Claire’s investigation leads to the resolution of several crimes in this satisfying cozy that contains humor, sympathetic characters, and well-drawn family relationships.” —Booklist
“[In] Claire’s nineteenth case…she sparkles.” —Kirkus Reviews
“The latest Claire Malloy mystery holds all of the humor and wit of earlier books in the series. The mystery is well-plotted and entertaining.” —RT Book Reviews 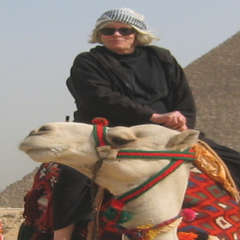 Joan Hess is the author of both the Claire Malloy and the Maggody mystery series. She is a winner of the Agatha Award, a member of Sisters in Crime, and a former president of the American Crime Writers League. A longtime resident of Fayetteville, Arkansas, she now lives in Austin, Texas.