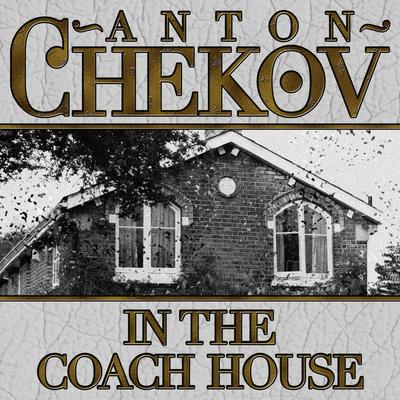 In The Coach House

Three men, Mihailo the porter, Nikandr the fish merchant, and Stepan the coachman, sit around a table in the coach-house playing a game of “kings” with Stepan’s eight-year old grandson, Alyoshka. While each card player competitively tries to win the coveted position of “king” in the game, a more serious atmosphere casts a sad shadow over the estate in which the coach-house is situated. The man of the house, for whom the porter and coachman work, has attempted suicide, and he lies in the estate house struggling somewhere between life and death. Although the card game had been light-hearted, the exit of the doctors, for whom the porter must open the door, turns the card players’ conversation to the religious implications of suicide, which Nikandr relates in a similar experience he had. The ghostly ramifications in Nikandr’s story frighten young Alyoshka, whose fright becomes worse when the men learn the fate of their boss. Anton Chekhov (1860-1904) was a Russian writer and playwright, considered by many to be one of the best writers of short stories in the history of literature. Chekhov was also a successful physician, but writing was his true passion. He was quoted as saying "Medicine is my lawful wife and literature is my mistress."

Anton Chekhov (1860–1904), the author of hundreds of short stories and several plays, is regarded by many as both the greatest Russian storyteller and the father of modern drama. He described the Russian life of his time using a deceptively simple technique devoid of obtrusive literary devices, thereby becoming the prominent representative of the late nineteenth-century Russian realist school. His early stream-of-consciousness style strongly influenced the literary world, including writers such as James Joyce.