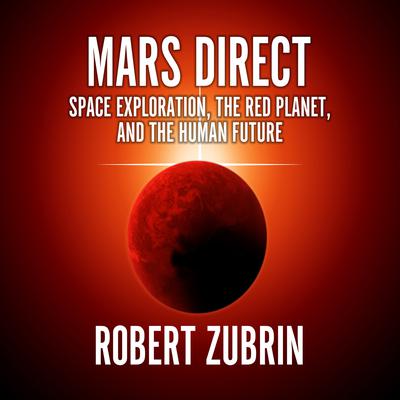 The human race is at a crossroads. In the coming years, we will make decisions regarding our human spaceflight program that will lead to one of two familiar futures: the open universe of Star Trek, where we allow ourselves the opportunity to spread our wings and attempt to flourish as an interplanetary species—or the closed, dystopian, and ultimately self-destructive world of Soylent Green. If we ever hope to live in the future that is the former scenario, our first stepping stone must be a manned mission to Mars. Dr. Robert Zubrin details the challenges of a manned Earth-to-Mars mission. Challenges which, according to Zubrin, we are technologically more prepared to overcome than the obstacles of the missions to the moon of the sixties and seventies. Dr. Zubrin’s relatively simple plan, called Mars Direct, could feasibly have humans on the surface of Mars within a decade. Zubrin also discusses the current predicament of NASA, the promise of privatized space flight from companies like SpaceX, and the larger implication behind the absolute necessity to open the final frontier to humanity—the human race’s future as a species that takes the necessary baby steps away from the cradle that is planet Earth or, ultimately, perishes here.

Robert Zubrin, formerly a senior engineer at Lockheed Martin, is the founder of Pioneer Astronautics, a space-exploration research and development firm. Currently president of the Mars Society, Dr. Zubrin lives with his family in Colorado.