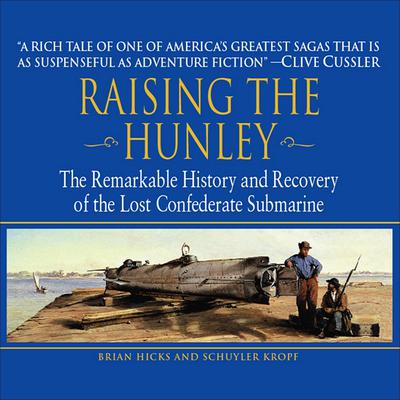 Raising the Hunley: The Remarkable History and Recovery of the Lost Confederate Submarine

By Brian Hicks and Schuyler Kropf
Read by Harry Chase

Schuyler Kropf is a senior political reporter for the Post and Courier and has received several professional awards. He lives in Charleston.