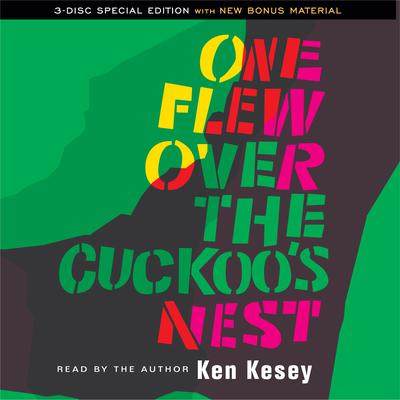 One Flew Over the Cuckoo's Nest

Ken Kesey’s story of life in a state mental hospital is a classic of American literature.

Ken Kesey (1935–2002) was born in Colorado and grew up in Oregon. As a young man he exhibited the charisma and imagination that would later make him an icon and one of the founders of the American counterculture. He received a scholarship to attend Stanford University, where he enrolled in the creative writing program. His first book, One Flew over the Cuckoo’s Nest, was followed by Sometimes a Great Notion. His bus trip from California to New York City with his friends, who called themselves the Merry Pranksters, became the subject of Tom Wolfe’s book The Electric Kool-Aid Acid Test.