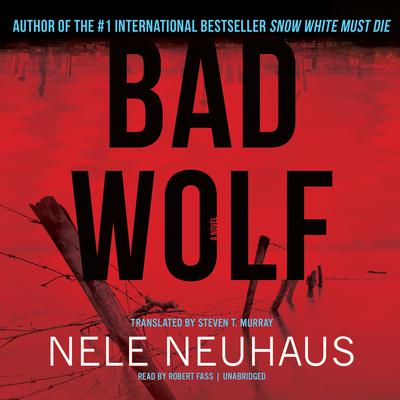 On a hot June day the body of a sixteen-year-old girl washes up on a river bank outside of Frankfurt. She has been brutally murdered, but no one comes forward with any information as to her identity. Even weeks later, the local police have not been able to identify her. Then a new case comes in: a popular television reporter is attacked, raped, and locked in the trunk of her own car. She survives—barely—and is able to supply certain hints to the police having to do with her recent investigations into a child welfare organization and the potential uncovering of a child pornography ring with members from the highest echelon of society.

As the two cases collide, Inspectors Pia Kirchhoff and Oliver von Bodenstein dig deep into the past and underneath the veneer of bourgeois society to come up against a terrible secret that is about to impact their personal lives as well. In Nele Neuhaus' second US publication of her enormously popular series, tensions run high, and a complex and unpredictable plot propels her characters forward at breakneck speed.

“Neuhaus’ sequel to Snow White Must Die demonstrates the author’s maturing skills…This nuanced effort suggests why the author is a bestseller in her native Germany.” —Publishers Weekly
“Murders, kidnapping, child pornography, and corruption are only a few of the crimes investigated—but this thriller works!…Fans of Jo Nesbö’s gritty thrillers will enjoy the intricacies of the plot.” —Library Journal
“Neuhaus’ latest will please fans of police procedurals and investigation-oriented mysteries…A respectable outing.” —Library Journal (audio review)