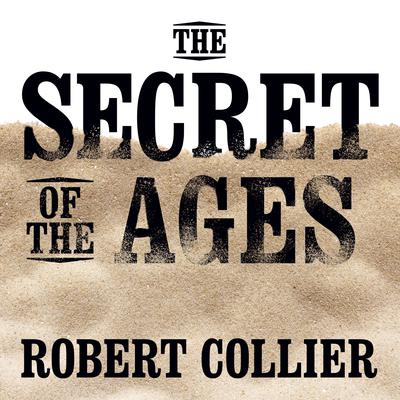 The Secret of the Ages

By Robert Collier
Read by Sean Pratt  and Lloyd James

The Secret of the Ages should rightfully be called the original of "The Secret." It is one of the pioneering works on the powers of the Universal Mind and the subconscious mind. The author says about this book: "The great “Middle Class” has to bear the burdens of both the poor and the rich— and take what is left for itself. It is to them that I should like to dedicate this book. If I cannot endow libraries or colleges for them, perhaps I can point the way to get all good gifts for them. For men and women like them do not need “charity” — or even sympathy. What they do need is inspiration—and opportunity—the kind of inspiration that makes a man go out and create his own opportunity. And that, after all, is the greatest good one can do anyone. Few people appreciate free gifts. They are like the man whom admiring townsfolk presented with a watch. He looked it over critically for a minute. Then—”Where’s the chain?” he asked. But a way to win for themselves the full measure of success they’ve dreamed of but almost stopped hoping for—that is something every young couple would welcome with open arms. And it is something that, if I can do it justice, will make the “Eternal Triangle” as rare as it is today common, for it will enable husband and wife to work together—not merely for domestic happiness, but for business success as well. "

Mitch Horowitz is vice president and editor in chief at Tarcher/Penguin, the division of Penguin USA dedicated to metaphysical literature. He is the author of Occult America, which received the 2010 PEN Oakland/ Josephine Miles Award for literary excellence. He frequently writes about and discusses alternative spirituality in the national media, including CBS Sunday Morning, Dateline NBC, All Things Considered, the Wall Street Journal, Washington Post, and CNN.com.

Robert Collier (1885–1950) was born in St. Louis, Missouri. His mother died when he was quite young, and his father traveled widely for Collier’s Magazine, which was founded and published by his uncle, Peter F. Collier. Robert was expected to become a priest, but before taking his vows, he decided against the life of a clergyman and headed off to seek his fortune. Collier became involved in Christian Science and, after conquering a mysterious illness his doctors had seemed powerless to stop he began to hypothesize that the mind might also have power over financial maladies. He put this idea into action, publishing The Secret of the Ages and Riches within Your Reach which has been translated into German, Italian, French, and Spanish, and sold all over the world.