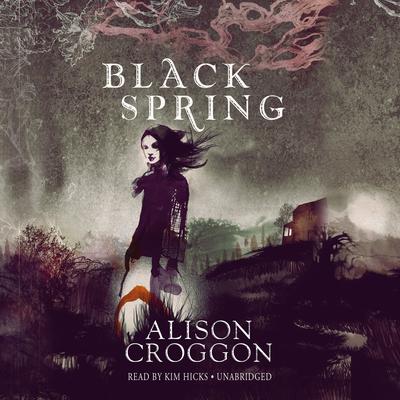 Inspired by the gothic classic Wuthering Heights, this stunning new fantasy from the author of the Books of Pellinor is a fiercely romantic tale of betrayal and vengeance.

In a savage land sustained by wizardry and ruled by vendetta, Lina is the enchanting but willful daughter of a village lord. She and her childhood companion, Damek, have grown up privileged and spoiled, and they're devoted to each other to the point of obsession. But Lina's violet eyes betray her for a witch, and witches are not tolerated in her brutally patriarchal society. Her rank protects her from persecution, but it cannot protect her from tragedy and heartbreak. An innocent visitor stands witness to the devastation that ensues as destructive longing unleashes Lina's wrath—and with it her forbidden power. Whether drawn by the romantic, the magical, or the gothic, listeners will be irresistibly compelled by the passion of this tragic tale.

“Cleaving to the sensibility of the original, this love letter to Wuthering Heights is for fans of genuine Victorian Gothic…Brontë devotees will swoon. For those who take their romance tumultuous and doomed.” —Kirkus Reviews
“Croggon returns with an homage to Wuthering  Heights, trading the English moors of the original for the remote northern wilds of Elbasa, a land of powerful wizards and strict rules concerning vendetta…In language and pitch, the pastiche is spot on.” —Publishers Weekly