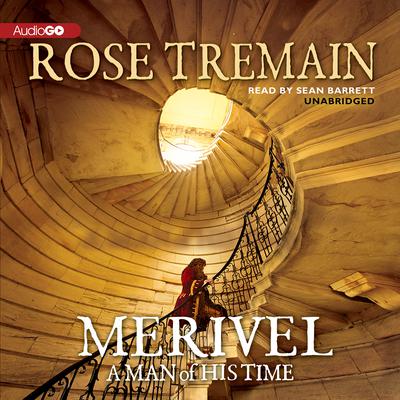 Merivel: A Man of His Time

The Restoration is over and Robert Merivel, renowned physician and courtier to Charles II, now faces the anxieties of middle age. Questions crowd his mind: Has he been a good father? Is he a fair master? Is he the king's friend or the king's slave? In search of answers, Merivel sets off for the French court. But Versailles leaves him in despair, until a chance encounter with a seductive Swiss botanist allows him to dream of an honorable future. But back home, his loyalty and medical skill are about to be tested to the limit, while the captive bear he has brought back from France begins to cause havoc …

With a cascade of lace at his neck and a laugh that can burst out of him in the midst of torment, Merivel is soulful, outrageous, and achingly sad. His unmistakable, self-mocking voice speaks directly to us down the centuries. Get ready to laugh, prepare to weep—Robert Merivel is back in Rose Tremain's magical sequel to Restoration.

“What ultimately makes the book such a joy is simply being in Merivel’s company. His narration is by turns rueful, comic, despairing, and joyful; but it’s always bursting with life, always good-hearted—and always entirely loveable.” —Daily Mail (London)
“Robert Merivel is one of the great imaginative creations in English literature of the past fifty years. [Merivel is] as rich and as dazzling as its predecessor—steeped in wise and witty reflection on the great mysteries of life, and the timeless, futile hopes and follies.” —Daily Telegraph (London)
“Richly marbled with intelligence, compassion, and compelling characters, leavened with flourishes of lyricism and an attractive tolerance towards human frailties.” —Times (London)
“When he appeared in 1989, Merivel was truly the man of the Thatcherite moment, an individualistic, hedonistic creature who held up a mirror to his audience. So does he still have something to say to us in 2012? Resoundingly, yes.” —Observer (London)
“Tremain’s control of her character and her reflective but often dramatic unfolding of events are impressive acts of authorial ventriloquism, in which she gives a nod to the great diarists of that era but carries off her own man’s story with wit, grace, and originality…She not only effortlessly sustains momentum and mood, but brings the novel to as near a perfect ending as one could wish.” —Herald (Scotland)
“In a droll tone, Sean Barrett delivers the fictional autobiography of Robert Merivel, physician to kings, as he reflects on his life from the mid- to the late 1600s…As Barrett recounts the quotidian dealings and events of the doctor’s life, his fluid performance draws the listener into Merivel’s story.” —AudioFile

Rose Tremain’s bestselling novels have won many awards, including the Orange Prize, the Whitbread Novel of the Year, the James Tait Black Memorial Prize, and the Prix Femina Étranger. Restoration, the first of her novels to feature Robert Merivel, was short-listed for the Booker Prize in 1989 and made into a film in 1995. She lives in Norfolk and London with her husband, biographer Richard Holmes.