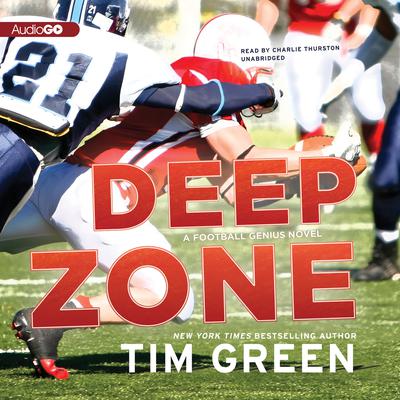 New York Times bestselling author Tim Green delivers electrifying family drama and thrilling sports action, as the heroes from Football Genius and Football Hero battle to win the big 7-on-7 tournament, only to realize that their pasts are dangerously intertwined.

Troy White is a star quarterback who can predict a football play before it happens. Ty Lewis is the football hero— a wide receiver with exceptional speed, living in the shadow of his NFL superstar brother. Both boys are striving to win the 7-on-7 tournament that's being held at the Super Bowl in Miami, sure that they can claim victory for their team.

From the moment the two football champs cross paths, Troy and Ty begin to size each other up. Troy is suspicious of Ty's interest in his best friend while Ty worries his speed will never be a match for Troy's game smarts. But when the two rivals find themselves entangled in the same web of deceit, they discover they have more in common than their skill at football. Misunderstandings, a first crush, and heart-stopping football action distract the two rivals from the danger that threatens them both.

“Green is a former defensive end for the Atlanta Falcons, and this is readily apparent in the on-field action, which is extremely vivid and well written…all in all, this is an effective thriller for middle and junior high school readers.” —VOYA
“After a great deal of exposition to bring new readers up to speed, Green fabricates a complex plot involving dire injuries, Mafia bad guys, FBI agents, and assorted players and coaches, some of whom are real people.” —Children’s Literature
“The football insights are the best part, as both professional games and seven-on-seven play are described in satisfying detail…emphasis is on the game, and using real NFL famous names add spice.” —Kirkus Reviews