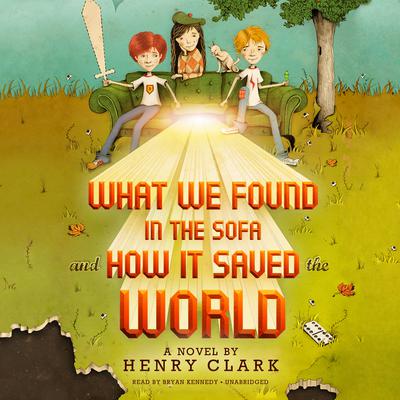 When River Monroe and his friends Freak and Fiona discover a rare, zucchini-colored crayon between the cushions of a mysterious sofa at their bus stop, they quickly find themselves in the middle of an evil plot to conquer the world! The plot's mastermind, Edward Disin, is responsible for starting the underground coal seam fire that continually burns just beyond the kids' backyards—a dastardly cover-up for an intergalactic portal that will soon transport an army of invaders to Earth!

Disin's only weakness is his otherwordly obsession with the zucchini crayon, and thanks to his successful mind control over the whole town, the kids will have to stop him on their own. But with the help of an artificial intelligence in the form of a double-six domino, several DNA-sensitive cocktail trays, a clone-making coffin called a revivarium, two hot air balloons, a cat named Mucus, and one very special zucchini crayon, three kids from the middle of nowhere might be able to save the planet.

Henry Clark's dazzling middle-grade debut novel is a thoroughly original, unabashedly wacky, and surprisingly affecting story about the importance of intelligence and curiosity in a complacent world.

Henry Clark is a couch potato, which is how he got the idea for What We Found in the Sofa and How It Saved the World. He has contributed articles to MAD magazine and published fiction in Isaac Asimov’s Science Fiction Magazine, in addition to acting as the head phrenologist—if that is not being redundant—at Old Bethpage Village Restoration, a living-history museum in New York. He lives on Long Island, and his website is www.indorsia.com.