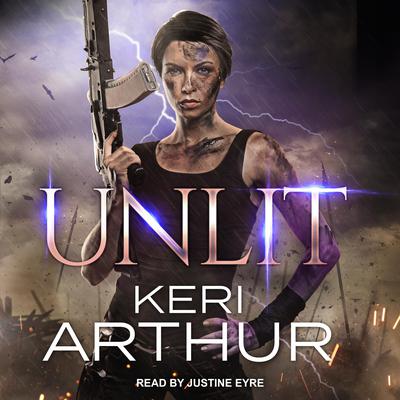 The Kingdoms of Earth and Air Series

Though classified as having no magic, Neve March can hear the whispers of the wind and sometimes even control it. But it's a secret she must hold close if she wishes to continue as Nightwatch—the soldiers who guard Winterborne against those who roam the wastelands and feast on human flesh.

When Neve investigates a faint SOS signal, she not only unearths a woman close to death, but a plot involving an ancient enemy long thought dead.

In an effort to expose those behind the plot, Neve goes undercover amongst Winterborne's elite—a dangerous step that could expose her secret and rip away all that she holds dear.

The trail of treachery leads her from Winterborne's golden halls to the heart of the enemy's hive, and it will shake her belief of not only who she is, but what she is.

[Justine Eyre] does a great job with the narration of this series. —Hot Listens