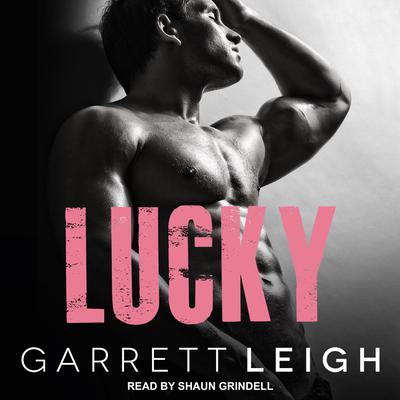 Dominic Ramos is a Premiership football player with a secret. There are no trophies for being gay in his game. Locked into his rep as the meanest defender on the pitch, keeping his secret is soul-crushing, but love has no place in his sport, even if his soft heart craves it.

Lucky Coleman is on his knees when he meets a man with more money than sense. It's a Grindr hook-up for cash, not a love match, but dreaming of his desperate, kind eyes earns a place amongst his numerous bad habits.

Meeting once was risky, twice pushes Dom's courage to the limit. Losing Lucky seems inevitable, but his tight grip on his image counts for nothing when Lucky starts to fall.

Catching him could cost Dom everything, but if he can set his heart free, getting Lucky long term might be a risk worth taking.

Garrett Leigh is an award-winning British writer, cover artist, and book designer. Her debut novel, Slide, won Best Bisexual Debut at the 2014 Rainbow Book Awards, and her polyamorous novel Misfits was a finalist in the 2016 Lambda Awards. She became a Lambda Award finalist again in 2017 with Rented Heart. In 2017, she won the Epic Award in contemporary romance with her military novel Between Ghosts and the contemporary romance category in the Bisexual Book Awards with her novel What Remains. She is also an award-winning cover artist, taking the silver medal at the Benjamin Franklin Book Awards in 2016. She designs for various publishing houses and independent authors at blackjazzdesign.com and co-owns the specialist stock site moonstockphotography.com with photographer Dan Burgess.