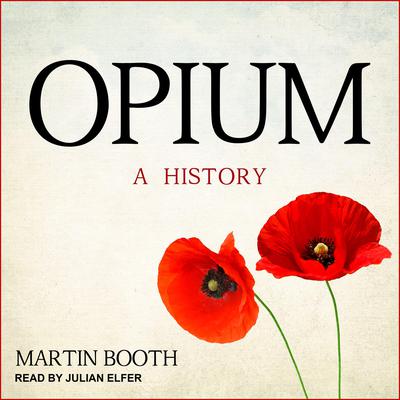 Known to mankind since prehistoric times, opium is arguably the oldest and most widely used narcotic. Opium: A History traces the drug's astounding impact on world culture—from its religious use by prehistoric peoples to its influence on the imaginations of the Romantic writers; from the earliest medical science to the Sino–British opium wars. And, in the present day, as the addict population rises and penetrates every walk of life, Opium shows how the international multibillion–dollar heroin industry operates with terrifying efficiency and forms an integral part of the world's money markets.

In this first full–length history of opium, acclaimed author Martin Booth uncovers the multifaceted nature of this remarkable narcotic and the bittersweet effects of a simple poppy with a deadly legacy.

Martin Booth (1944–2004) was a critically acclaimed novelist and a documentary and feature-film writer. He wrote thirteen novels including Islands of Silence, Hiroshima Joe, and The Industry of Souls. His most recent nonfiction books include Opium: A History and The Doctor and the Detective: A Biography of Sir Arthur Conan Doyle.