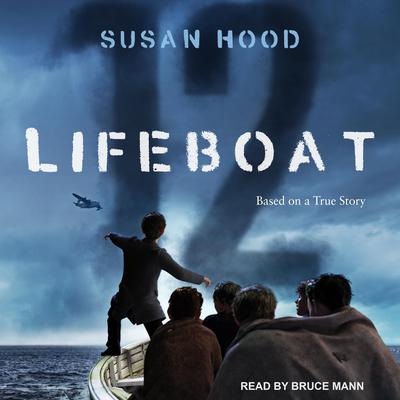 In the tradition of The War That Saved My Life and Stella by Starlight, this poignant novel in verse based on true events tells the story of a boy's harrowing experience on a lifeboat after surviving a torpedo attack during World War II.

With Nazis bombing London every night, it's time for thirteen-year-old Ken to escape. He suspects his stepmother is glad to see him go, but his dad says he's one of the lucky ones—one of ninety boys and girls to ship out aboard the SS City of Benares to safety in Canada.

Life aboard the luxury ship is grand—nine-course meals, new friends, and a life far from the bombs, rations, and his stepmum's glare. And after five days at sea, the ship's officers announce that they're out of danger.

Late that night, an explosion hurls Ken from his bunk. They've been hit. Torpedoed! The Benares is sinking fast. Terrified, Ken scrambles aboard Lifeboat 12 with five other boys. Will they get away? Will they survive?

Susan Hood is the award-winning author of many books for young readers. She is the recipient of an E. B. White Read Aloud Picture Book Honor, the Christopher Award, the Américas Award for Children’s and Young Adult Literature, the Golden Kite Award, and the Bank Street Flora Stieglitz Straus Award, given annually for “a distinguished work of nonfiction that serves as an inspiration to young people.”