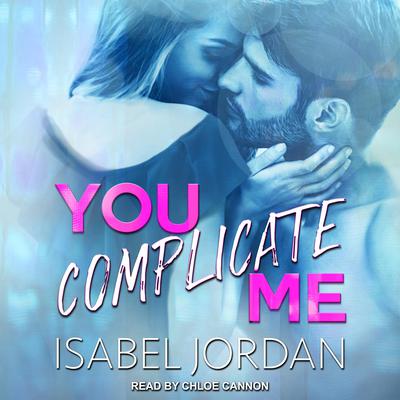 Grace Montgomery has a very simple plan. Fly to her younger brother's wedding, stop the wedding, go home, make partner at her law firm. Almost getting arrested by air marshal Nick O'Connor? Not part of the plan. Neither was puking on him. (Don't ask). Finding out he's her soon-to-be brother-in-law . . . also a minor setback to her plan. And don't even get her started on her untimely attraction to the tall, dark, and dead-sexy jerk.

If Nick had a plan, it wouldn't include getting involved with a woman as complicated as Grace. It especially wouldn't include road tripping with her to attend a week of pre-wedding family events. But as it turns out, traveling—and sparring—with the lovely, sharp-witted Grace is the most fun Nick's had since, well, ever. And their sexual chemistry? Off. The. Charts.

It doesn't take long for Grace to realize there's a lot more to her air marshal than a pretty face and a big, um, gun. If she's not careful, she just might lose her highly prized control—not to mention her heart—to Nick. But before Grace and Nick can set foot on the road to happily ever after, they'll have to deal with Grace's meddling ex, a slew of dysfunctional family members, and a contaminated pumpkin bisque . . . and that's all before the end of day two.

Isabel Jordan is a paranormal and contemporary romance author who writes because it’s the only profession that allows her to express her natural sarcasm and not get fired. She lives in the United States with her husband, eight-year-old son, a senile beagle, a neurotic shepherd mix, and a ginormous Great Dane mix.