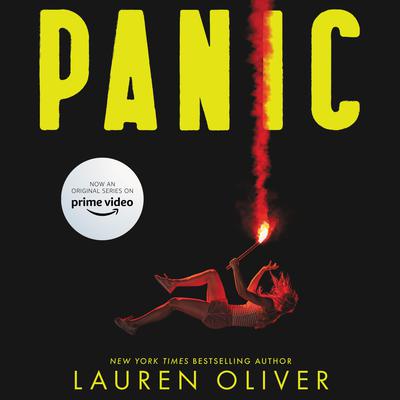 E. Lockhart, author of We Were Liars, calls Panic "a thrill a minute." Kirkus says: "Will have readers up until the wee hours," School Library Journal raves: "Fast-paced and captivating."

Panic began as so many things do in Carp, a poor town of twelve thousand people in the middle of nowhere: because it was summer, and there was nothing else to do. Heather never thought she would compete in panic, a legendary game played by graduating seniors. She'd never thought of herself as fearless, the kind of person who would fight to stand out. But when she finds something, and someone, to fight for, she will discover that she is braver than she ever thought.

Dodge has never been afraid of panic. His secret will fuel him, and get him all the way through the game; he's sure of it. But what he doesn't know is that he's not the only one with a secret. Everyone has something to play for. For Heather and Dodge, the game will bring new alliances, unexpected revelations, and the possibility of first love for each of them—and the knowledge that sometimes the very things we fear are those we need the most.

Read the book that inspired the series, which the New York Times described as “Reminiscent of ‘The Hunger Games’ but grounded in the real world.”

“Oliver makes a white-knuckle return to realism that will have readers up until the wee hours.” —Kirkus Reviews (starred review)
“Fantastic! Oliver has a unique talent for creating multifaceted, complex characters who will hook readers. She captures the hopeless dynamic of a struggling town while keeping the story tense and exciting. A gritty and suspenseful stand-alone that won’t disappoint.” —RT Book Reviews (4½ stars, Top Pick!)
“Oliver’s novel is a wholly believable and compulsively readable tale of friendship, loyalty, survival, and courage.” —Booklist

Lauren Oliver captivated readers with her first novel, the New York Times bestseller Before I Fall, a Publishers Weekly Best Book of the Year. She followed that up with Delirium, the first book in her New York Times bestselling trilogy, which continued with Pandemonium. Oliver is also the author of Liesl & Po, a book for middle-grade readers, which received three starred reviews and was described as “a gorgeous story—timeless and magical” by Newbery Medal winner Rebecca Stead. A graduate of the University of Chicago and NYU’s MFA program, Oliver lives in Brooklyn, New York.