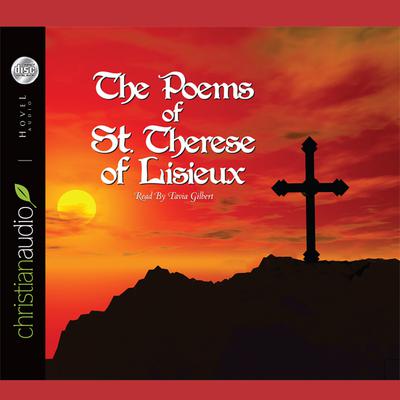 Poems of St Therese of Lisieux

By Saint Thérèse of Lisieux
Read by Tavia Gilbert

Saint Teresa of Lisieux was a nineteenth century Carmelite nun and, along with Saint Joan of Arc, is co-patroness of France. Her writings, including her Autobiography, Story of a Soul, have inspired countless numbers of people. Having only recently been translated from the original French into English, this collection of the poems of St. Teresa beautifully capture the longings and desires of someone who gave the majority of her short life to the contemplation of the divine and a life lived in singular devotion to God. Her own words perhaps best capture the thrust of this collection, "You alone are the object of my song in the place of my pilgrimage."

Saint Thérèse of Lisieux (1873–1897) became a Carmelite nun at the age of fifteen after having appealed to her local bishop—and the Pope—himself in order to be allowed to enter at such a young age. She resolved to spend her entire life doing little things with great love. Her spirituality, known as the Little Way, was based on complete trust and childlike confidence in God. She died at twenty-four of tuberculosis. During the last two years of her life, she suffered overwhelming doubts about faith but persevered in her belief and in the performance of her duties as a nun. After her death, she was quickly canonized, named a patron of the missions, and, in 1944, made the patron of France. Pope St Pius X declared her the greatest saint of modern times, and Pope John Paul II made her the thirty-third Doctor of the Church in 1997.