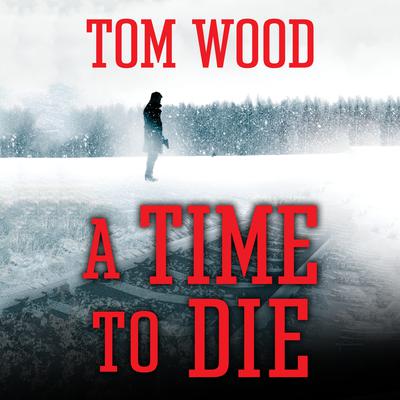 A Time to Die

The Victor the Assassin Series: Book 6

Now that professional assassin Victor is indentured to British Intelligence, he is tasked with eliminating the worst of the worst. One such man is Milan Rados, a former Serbian paramilitary commander wanted for war crimes and now head of an organized criminal network in Belgrade. He has escaped justice once already, so it's Victor's job to take the justice to him.


IT'S HOW SOON THEY'LL DIE.

Victor might be the best in the business, but with powerful friends and an entire crew to protect him, Rados is a hard man to corner and even harder to kill. To get close to his target, Victor will need more than his deadly skills. An unlikely ally can provide him with the edge he seeks, but there's a price on Victor's head—and a killer who won't quit knows just how to find him . . .


PRAISE FOR TOM WOOD AND HIS THRILLERS

"The new master of the dark, intricately plotted chase thriller." —The Australian

"A truly great read featuring an unforgettable character . . . this is a thriller to the nth degree." —Suspense Magazine

Tom Wood was born and raised in Staffordshire, England, and now lives in London. He is the national bestselling author of a series of thriller novels featuring Victor the Assassin, including The Killer, The Game and The Enemy, as well as the novella Bad Luck in Berlin.