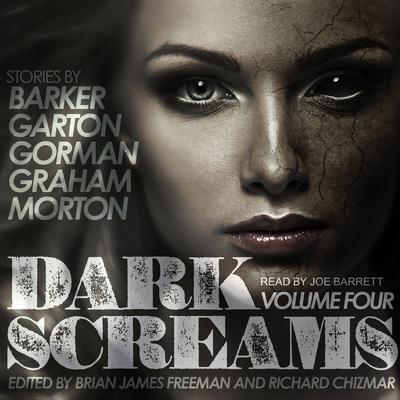 "The Departed" by Clive Barker: On All Hallows' Eve, a dead and disembodied mother yearns to touch her young son one last time. But will making contact destroy them both?

"Creature Feature" by Heather Graham: What could be better publicity for a horror convention than an honest-to-goodness curse? It's only after lights out that the hype—and the Jack the Ripper mannequin—starts to feel a little too real.

"The New War" by Lisa Morton: Mike Carson is a war hero and a decorated vet. He doesn't deserve to be trapped in a hospital with some black thing sitting on his chest as patients die all around him. His only hope is to take out the nurse before it's his turn.

"Sammy Comes Home" by Ray Garton: It's what every family prays for: a lost pet returning home. But when Sammy, the Hale family sheepdog, appears on their doorstep, he brings back something no parent would ever wish upon his or her child.

"The Brasher Girl" by Ed Gorman: Cindy Marie Brasher is the prettiest girl in the Valley, and Spence just has to have her. Unfortunately, Cindy has a "friend"—a friend who tells her to do bad things.

Clive Barker is the bestselling author of more than twenty books, including the New York Times bestsellers Abarat; Abarat: Days of Magic, Nights of War; and The Thief of Always. He is also an acclaimed painter, film producer, and director. For twelve years, he has been working on a vast array of paintings to illuminate the text of The Books of Abarat. He lives in California and shares his house with seven dogs, three cockatiels, several undomesticated geckoes, an African gray parrot called Smokey, and a yellow-headed Amazon parrot called Malingo.

Lisa Morton is a screenwriter, author of nonfiction books, Bram Stoker Award–winning prose writer, editor, and Halloween expert whose work was described by the American Library Association’s Readers’ Advisory Guide to Horror as “consistently dark, unsettling, and frightening.” As a Halloween expert, she has appeared on the History Channel and BBC Radio and in the pages of Real Simple magazine and the Wall Street Journal, and she served as consultant on the first official US Postal Halloween stamps. Her most recent releases include Ghosts: A Haunted History and Cemetery Dance Select: Lisa Morton. She lives in the San Fernando Valley, and can be found online at www.LisaMorton.com.