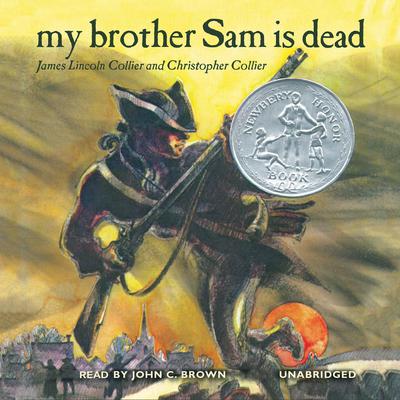 My Brother Sam Is Dead

An ALA Notable Book

Finalist for the 1975 National Book Award for Children's Books

All his life, Tim Meeker has looked up to his brother. Sam is smart and brave, and is now a part of the American Revolution. Not everyone in town wants to be a part of the rebellion. Most are supporters of the British, including Tim and Sam’s father.

With the war soon raging, Tim knows he will have to make a choice between the Revolutionaries and the Redcoats, and between his brother and his father.

“This stirring and authoritative novel earns a place beside our best historical fiction…A memorable piece of writing.” —Horn Book
“This compelling book’s refusal to romanticize the Revolutionary War makes a powerful statement about the failings of both sides, and by extension, the failings of all wars.” —Children’s Literature