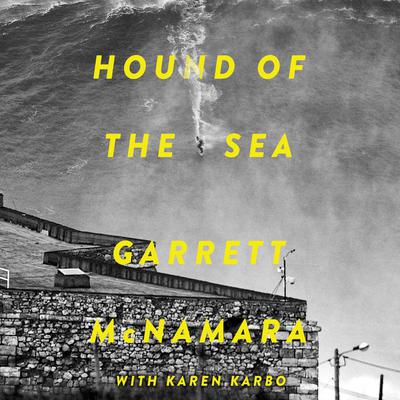 By Garrett McNamara  and Karen Karbo
Read by Rudy Sanda

Big Wave surfer Garrett McNamara set the world record for the sport, surfing a seventy-eight-foot wave in Nazaré, Portugal, in 2011, a record he smashed two years later at the same break. Propelled by the challenge and promise of bigger, more difficult waves, this adrenaline-fueled loner and polarizing figure travels the globe to ride the most dangerous swells the oceans have to offer, from calving glaciers to hurricane swells.

But what motivates McNamara to go to such extremes—to risk everything for one thrilling ride? Is riding giant waves the ultimate exercise in control or surrender?

Personal and emotional, listeners will know McNamara as never before, seeing for the first time the personal alongside the professional in an exciting, intimate look at what drives this inventive, iconoclastic man. Surfing awesome giants isn't just thrill seeking, he explains—it's about vanquishing fears and defeating obstacles past and present. Surfers and non-surfers alike will embrace McNamara's story—as they have William Finnegan's Barbarian Days—and its intimate look at the enigmatic pursuit of riding waves, big and small.

Garrett McNamara is an American professional Big Wave surfer and extreme waterman. In 2011, he surpassed the world record for largest wave ever surfed. Two years later, he broke his own record by surfing a wave estimated to be 100 feet high.

Karen Karbo is the author of three novels, all of which were New York Times Notable Books; several nonfiction books, including The Stuff of Life, a People magazine Critic’s Choice; and a few books for young adults. Her essays, articles, and reviews have appeared in the New York Times, Entertainment Weekly, Outside, Elle, and Vogue.