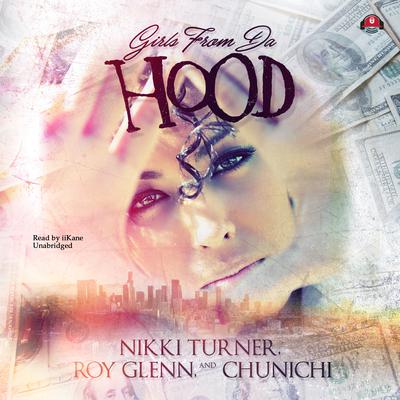 By Nikki Turner , Roy Glenn , and Chunichi
Read by iiKane

For Unique, life is good until her dope-dealing boyfriend, Took, is arrested and winds up in jail. Now she’s broke as a joke’ trying to put every petty hustle into play to chase hard times away from the door. With an empty refrigerator, a stack of bills piling up, a tenth grade education, a big butt and a smile, it doesn’t take long for her to learn to pull the wool over the eyes of any fool who’s blinded by her good looks. She’s sure that one day some guy’s slip-up will be her ultimate come-up, and her days of nickel and dime swindles will be a thing of the past. Unique knows that every scandalous chick has her day, but doesn’t realize that her day will come too!

If luck were money, Nina Thomas would be one broke sister. After taking a stab at stripping, she finds herself once again on the wrong end of a bad choice. Now she’s on trial for murder, and the consequences of spending too much time with the wrong folks might just end up costing her life.

Anyeh is out for revenge, and with the help of a secret friend on the other end of her cell phone, known only as “my baby,” she just might get what she wants. She’s after Diablo, the most well-known hustler in Virginia. He’s one careful brother; but in the end, his feelings for Anyeh might just be his undoing.

Roy Glenn is a multigenre author that was born and raised in the Bronx and currently lives in Jacksonville, Florida, where he is working on the Unexpected trilogy, and the next book in the Mike Black Saga.

Chunichi is an Essence and Black Issues Book Review bestselling author, poet, and native of the South. Her novels ring with authenticity because she has lived most of the things she writes about. Her books have been selected by Black Expressions Book Club. She is pursuing a career in nursing as well as writing.