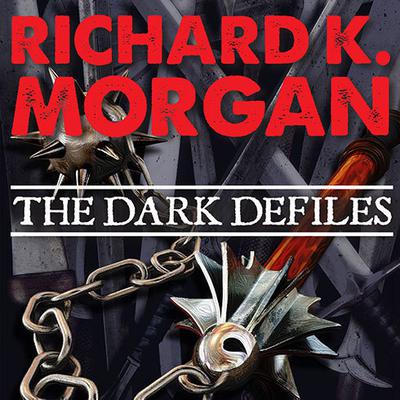 Ringil Eskiath, a reluctant hero viewed as a corrupt degenerate by the very people who demand his help, has traveled far in search of the Illwrack Changeling, a deathless human sorcerer-warrior raised by the bloodthirsty Aldrain, former rulers of the world. Separated from his companions—Egar the Dragonbane and Archeth—Ringil risks his soul to master a deadly magic that alone can challenge the might of the Changeling. While Archeth and the Dragonbane embark on a trail of blood and tears that ends up exposing long-buried secrets, Ringil finds himself tested as never before, with his life and all existence hanging in the balance.

“The final book in the A Land Fit for Heroes trilogy is everything a reader could want in a fantasy…The characters exemplify modern-day epic heroes—destined for great things but filled with hope and doubt and a wry wit, fighting fate as often as they help it along. There is a rawness to the story that very few authors have mastered, a bitter and ugly realness on every page that, when you have finished reading, reveals a masterpiece of artful writing. Like Ringil, once you’ve started this journey, there’s no turning back.” —RT Book Reviews (4½ stars)