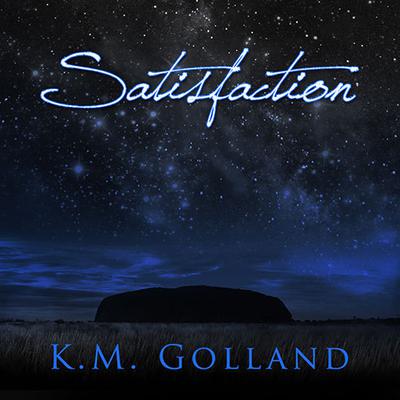 Alexis Summers is no stranger to facing challenges, and she has had her fair share of them since meeting and subsequently falling in love with Bryce Clark. Bryce, her new employer, had dominantly pursued her while she was happily married. But it wasn't until her husband, Rick, had confessed to previously having an affair that Alexis finally allowed herself to give in to the temptation that was Bryce. Bryce and Alexis spend the most amazing week together and discover that the connection and love they share with one another goes far deeper than anything they have ever experienced. What Alexis doesn't know is the truth behind her husband's confession and the underhanded deal that Bryce made with him behind her back. Alexis's world will come crashing down around her when she discovers their secret, and she will once again be forced to overcome more of life's challenges.

K. M. Golland is the author of the Temptation series. After studying legal practice for two years and working as a land conveyancer for four years, she put her career on hold to raise two beautiful children. Always having a love for reading, she decided rather than returning to the legal industry, she would become a writer. Golland is a self-confessed bookworm, craftworm, movieworm, and sportsworm, as well as a shop-aholic, tea-aholic, car-aholic, and choc-aholic. She lives in Australia.