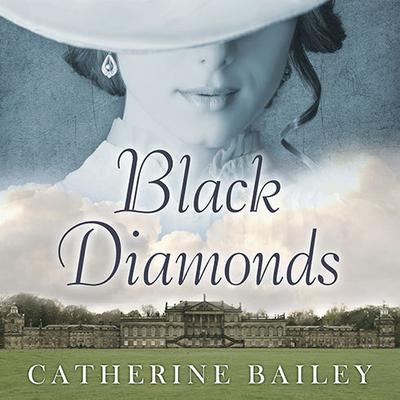 Black Diamonds: The Downfall of an Aristocratic Dynasty and the Fifty Years That Changed England

A BookPage Top Pick for January 2015

Fans of Downton Abbey now have a go-to resource for fascinating, real-life stories of the spectacular lives led by England's aristocrats. With the novelistic flair and knack for historical detail that Catherine Bailey displayed in her New York Times bestseller The Secret Rooms, Black Diamonds provides a compelling chronicle of the Fitzwilliam coal-mining dynasty and their breathtaking Wentworth estate, the largest private home in England. When the sixth Earl Fitzwilliam died in 1902, he left behind the second largest estate in twentieth-century England, valued at more than three billion dollars in today's money—a lifeline to the tens of thousands of people who worked either in the family's coal mines or on their expansive estate. The earl also left behind four sons, and the family line seemed assured. But was it? As Bailey retraces the Fitzwilliam family history, she uncovers a legacy riddled with bitter feuds, scandals, and civil unrest, as the conflict between the coal industry and its miners came to a head.

“Black Diamonds has the great gift of bringing to life personal histories…wonderfully paced and wholly satisfying.” —Kate Atkinson, New York Times bestselling author of Life after Life
“A triumph of research.” —Evening Standard (London)
"Brilliant, gripping…one heck of a good read and will keep you bolt upright all night.” —Daily Telegraph (London)
"Black Diamonds admirably reflects both the nobility of the minors and the degradation of those who exploited them.” —Guardian (London)
“Intriguing and thoroughly researched, Bailey’s biography details the often tumultuous past of England’s Wentworth House and its dysfunctional occupants…The text reads like an exciting period drama, and readers will be racing to get to the end in order to unravel the secrets and eventual collapse of the elusive Fitzwilliams…This fascinating history is highly recommended to anyone who loves family gossip and mystery.” —Library Journal (starred review)
“[A] fascinating true-life tale of British aristocrats behaving badly. In the early years of the twentieth century—the Downton Abbey era—the Fitzwilliam family resided in the staggeringly large Wentworth House, which boasted five miles of corridors. Bailey traces the family’s decline in the decades that followed, as their coal-mining fortune succumbed to social changes and a messy trail of family scandals and secrets.” —BookPage
“The author’s remarkable story primarily covers the time of the seventh Earl of Fitzwilliam, who inherited the title in 1902. She shows how class differences and the effect of two wars, strikes, and the final blow of the postwar Labour government brought down many of the aristocracy…Bailey uses accounts of the miners and their families to describe both the lives of the wealthy Fitzwilliam family and those of the poverty-stricken laborers…Gossipy bits—e.g., questioned legitimacy, grand entertainments, and “Kick” Kennedy’s marriage to the Devonshire heir and subsequent affair with the ninth Earl—keep the reading lively. The real value of this work is in the recounting of the ends of two classes, the lower and the very upper.” —Kirkus Reviews

Catherine Bailey read history at Oxford University and is an award-winning television producer and director, making a range of critically acclaimed documentary films inspired by her interest in twentieth century history. She lives in West London.