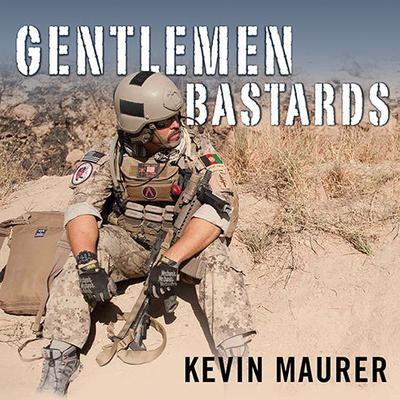 Gentlemen Bastards: On the Ground in Afghanistan with America's Elite Special Forces

Until the war in Iraq, the Special Forces were the military's counterinsurgency experts. Their specialty was going behind enemy lines and training insurgent forces. In Afghanistan, they toppled the Taliban by transforming Northern Alliance fighters into cohesive units. But in the almost nine years since, Special Forces units have forgone their previous mission, instead focusing on offensive raids. With time running short, the Green Berets are going back to their roots and have started to focus on training Afghan security forces and building an Afghan government one village at a time. Award-winning journalist Kevin Maurer traveled with a Special Forces team in Afghanistan, finding out firsthand the inside story of the lives of this elite group of highly trained soldiers. He witnessed the intense brotherhood built upon the Special Forces' rigorous selection process and arduous training that makes them the smartest soldiers on the battlefield. He also discovered the boredom of chasing an elusive enemy and managing third world cops and the infighting that occurs between teammates and other units. Nine years after the start of the Afghan war, Maurer delivers a compelling account of modern warfare and of a fighting force that is doing everything in its power to achieve victory on a complex twenty-first-century battlefield.

This story brings to life the unique men who form the ranks of the Green Berets and the Herculean tasks they must accomplish. —Rusty Bradley, author of Lions of Kandahar