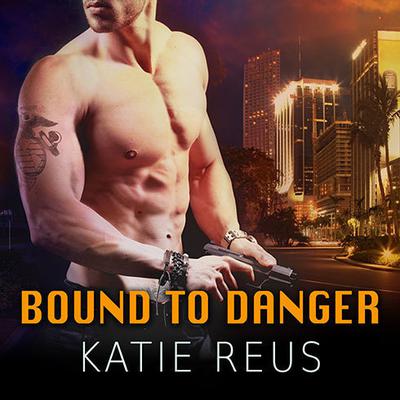 At a benefit dinner, community activist Maria Cervantes overhears two men plotting a terrorist attack that could rock Miami to its core. But before she can alert authorities, she's almost killed in a massive explosion—and wakes up in a hospital with no memory of what happened. As the sole survivor of the attack, she is now a person of interest to the NSA—and especially to Agent Cade O'Reilly. Because Maria is the one woman Cade has never been able to forget.
Years ago, they were closer than either was willing to admit—until Cade disappeared when Maria needed him most. Now he's sticking by her, whether she likes it or not. Because the memories locked inside her mind could hold vital clues to the next attack. Because terrorists want her dead. And because he never wants to let her go again. Contains mature themes.

“Fast-paced romantic suspense that will keep you on the edge of your seat!” —Cynthia Eden, New York Times bestselling author
Strong characterization and steadily mounting tension are powerful weapons in this talented author's arsenal. —Publishers Weekly
“Plenty of action and intrigue abound…along with intense danger and a sizzling romance. A solid, engaging plot and steady pacing draw the reader into the relationship between Cade, a tough NSA agent, and Maria, the woman he secretly loves. Once again, Reus does not disappoint and keeps readers turning the pages.” —RT Book Reviews (4 stars)