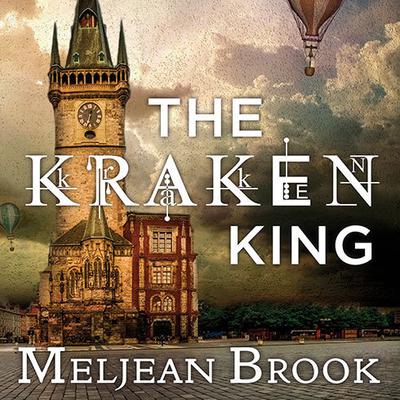 A former smuggler and thief, Ariq—better known as the Kraken King—doesn't know what to make of the clever, mysterious woman he rescues from an airship besieged by marauders. Unsure if she's a spy or a pawn in someone else's game, Ariq isn't about to let her out of his sight until he finds out.
After escaping her fourth kidnapping attempt in a year, Zenobia Fox has learned to vigilantly guard her identity. While her brother Archimedes is notorious for his exploits, Zenobia has had no adventures to call her own—besides the stories she writes.
But when she jumps at the chance to escape to the wilds of Australia and acquire research for her next story, Zenobia quickly discovers that the voyage will be far more adventurous than any fiction she could put to paper.

The Kraken King is action packed from beginning to end as Brook ensures there is literally never a dull moment. —RT Book Reviews