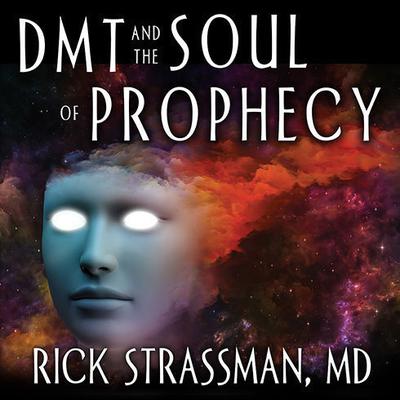 DMT and the Soul of Prophecy: A New Science of Spiritual Revelation in the Hebrew Bible

After completing his groundbreaking research chronicled in DMT: The Spirit Molecule, Rick Strassman, MD, was left with one fundamental question: What does it mean that DMT, a simple chemical naturally found in all of our bodies, instantaneously opens us to an interactive spirit world that feels more real than our own world? When his decades of clinical psychiatric research and Buddhist practice were unable to provide answers to this question, Strassman began searching for a more resonant spiritual model. He found that the visions of the Hebrew prophets were strikingly similar to those of the volunteers in his DMT studies. Carefully examining the concept of prophecy in the Hebrew Bible, he characterizes a "prophetic state of consciousness" and explains how it may share biological and metaphysical mechanisms with the DMT effect. Examining medieval commentaries on the Hebrew Bible, Strassman reveals how Jewish metaphysics provides a top-down model for both the prophetic and DMT states, a model he calls "theoneurology." Theoneurology addresses issues critical to the full flowering of the psychedelic drug experience. Perhaps even more important, it points the way to a renewal of classical prophetic consciousness, the soul of Hebrew Bible prophecy, and unexpected directions for the evolution of contemporary spiritual practice.

Strassman lobbies hard for theoneurology, and along the way offers a wealth of examples and experiments that lend credence to the theory. —Publishers Weekly

Rick Strassman, MD, is a clinical associate professor of psychiatry at the University of New Mexico School of Medicine. He earned his undergraduate degree from Stanford University and received his MD from the Albert Einstein College of Medicine at Yeshiva University in 1977. In 1995 he received the University of New Mexico General Clinical Research Center’s Research Scientist Award. He has published nearly thirty peer-reviewed scientific papers and has served as a reviewer for several research journals and as a consultant to the US Food and Drug Administration, the National Institute on Drug Abuse, the Social Security Administration, and other state and local agencies. His research centers around the role of the naturally occurring compound DMT and its role in out-of-body and near-death experiences.