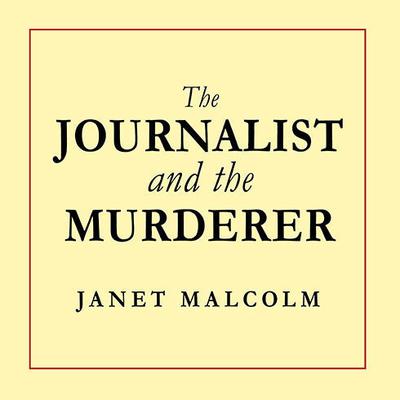 The Journalist and the Murderer

Janet Malcolm delves into the psychopathology of journalism using a strange and unprecedented lawsuit as her larger-than-life example: the lawsuit of Jeffrey MacDonald, a convicted murderer, against Joe McGinniss, the author of Fatal Vision. Examining the always uneasy, sometimes tragic relationship that exists between journalist and subject, Malcolm finds that neither journalist nor subject can avoid the moral impasse that is built into the journalistic situation. This book is a work of journalism as well as an essay on journalism: it at once exemplifies and dissects its subject. In her interviews with the leading and subsidiary characters in the MacDonald-McGinniss case, Malcolm is always aware of herself as a player in a game that she cannot lose. The journalist-subject encounter has always troubled journalists, but never before has it been looked at so unflinchingly and so ruefully. Hovering over the narrative is the MacDonald murder case itself. The Journalist and the Murderer derives from and reflects many of the dominant intellectual concerns of our time, and it will have a particular appeal for those who cherish the odd, the off-center, and the unsolved.

Janet Malcolm is the author of numerous books, including The Silent Woman: Sylvia Plath and Ted Hughes, Psychoanalysis: The Impossible Profession, and In the Freud Archives. She has been writing for the New Yorker since 1963, when the magazine published her poem “Thoughts on Living in a Shaker House.” For nearly ten years, she wrote “About the House,” a column on interiors and design. From 1975 until 1981, she wrote a photography column. Janet was born in Prague and emigrated with her family to the United States in 1939. She now lives in New York.