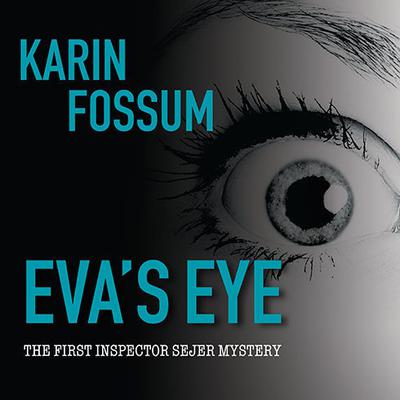 Eva Magnus and her daughter are out walking by the river when a man's body floats to the water's surface. Eva goes to call the police, but when she reaches the phone, she dials another number altogether.
The police find the body anyway. Inspector Sejer and his team quickly determine that the man, Egil, died in a violent attack. But Egil has been missing for months, and the trail to his killer is cold. It's as puzzling as another unsolved case on Sejer's desk: the murder of a prostitute, found dead just before Egil went missing. Sejer sets to work piecing together these two impossible cases. It's not long before he realizes that they aren't as separate as they previously seemed.

“A truly great writer and explorer of the human mind.” —Jo Nesbø, New York Times bestselling author of Blood on Snow, praise for the author
[I]t's more than a worthy introduction to one of Norway's leading cops for newcomers and a treasure for fans. —Kirkus Starred Review
“Fossum’s first Inspector Konrad Sejer mystery has lyrical, emotionally intense writing and many twists and turns, but the ending turns into a surprise that gathers all the strands into a complicated solution. Part of the story’s appeal is the extended look at the characters’ families, which brings out all the complications in even loving relationships.” —RT Book Reviews (4½ stars, Top Pick!)
“Eva’s transition from struggling painter and single mother to something new and unpredictable will delight fans searching for the next diverting Scandinavian mystery. While Eva steals the center stage from Sejer, her increasingly fraught decisions give this dark police procedural warmth despite the frigid environs.” —Publishers Weekly
“Fossum’s signature style of unveiling the story through the voices of everyone touched by the murder illuminates the crime’s tragedies and ensures a steady flow of story-twisting revelations…A match for Ruth Rendell’s and Sophie Hannah’s subtle, chilling psychological tales.” —Booklist
“Gather[es] tremendous suspense as it builds to a shattering climax…This tour de force doesn’t have the remorseless wall-to-wall creepiness of Sejer’s most chilling cases. But it’s more than a worthy introduction to one of Norway’s leading cops for newcomers and a treasure for fans.” —Kirkus Reviews
“This first in the Police Inspector Konrad Sejer series is engagingly presented by Steven Crossley. His warm, conversational style is ideal for Sejer, who is always calm and considerate, no matter the situation…Crossley excels at portraying Eva’s father, a tired but spirited old gent whom Eva is close to. However, Crossley’s best creation is Maja Durban, Magnus’ old school friend…Crossley’s understated narration of the story’s climax is far more terrifying than a highly emotional one.” —AudioFile

Karin Fossum made her literary debut in Norway in 1974 with a collection of poetry. She has since published another volume of poetry, two collections of short stories and one non-crime novel. Her crime novels featuring Inspector Konrad Sejer are published in sixteen languages.