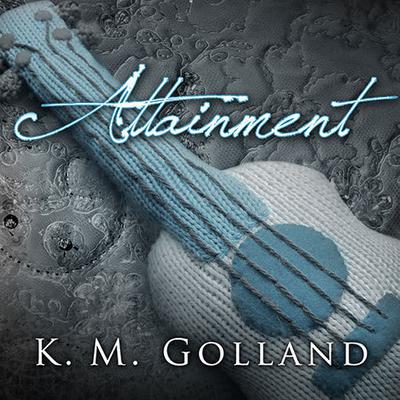 For most of Bryce Clark's adult life, he had been plagued by guilt over what he claimed was a wrong decision; a lapse of better judgement on his part. He hadn't lived the life he wanted to live, or thought he deserved—until Alexis came along. Alexis Summers—a breath of fresh air, blown in for Bryce to inhale, allowing him to once again breathe; and live. She ensnared his heart, mind, body, and soul. She consumed him, completely. Inseparable from the moment they first met, Bryce and Alexis are now engaged and expecting a baby. Bryce has everything he has ever wanted; wealth, the girl, and to become a father. Will he finally achieve his ultimate attainment? Or will guilt of what he deems are his mistakes—his sins—ruin everything? Contains mature themes.

K. M. Golland is the author of the Temptation series. After studying legal practice for two years and working as a land conveyancer for four years, she put her career on hold to raise two beautiful children. Always having a love for reading, she decided rather than returning to the legal industry, she would become a writer. Golland is a self-confessed bookworm, craftworm, movieworm, and sportsworm, as well as a shop-aholic, tea-aholic, car-aholic, and choc-aholic. She lives in Australia.