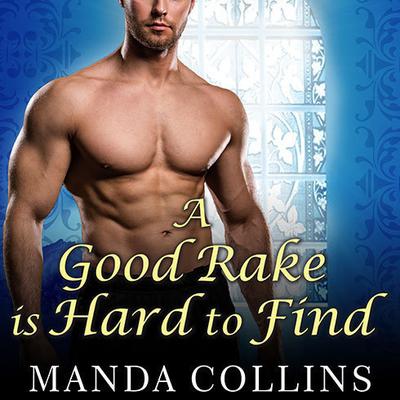 A Good Rake Is Hard to Find

The Lords of Anarchy Series: Book 1

Heartbroken by the loss of her brother, Miss Leonora Craven vows to uncover the truth about his "accident," which seems to have been anything but. Jonathan Craven was involved with the Lords of Anarchy, a notorious driving club, and Leonora can't help but suspect foul play. But the only way she can infiltrate their reckless inner circle is to enlist the help of Jonny's closest ally, Lord Frederick Lisle. If only he didn't also happen to be the man who broke Leonora's heart . . . Frederick isn't surprised to find gorgeous, headstrong Leonora playing detective, but he knows that the Lords of Anarchy mean business—and he has no choice but to protect her. A sham engagement to Leonora will allow Frederick to bring her into the club and along for the ride. But it isn't long before pretending to be lovers leads to very real passion. With everything to lose, is their tempestuous affair worth the risk?

This is a fresh and promising start to the series. —Publishers Weekly
“Collins employs a basic mystery plotline, adding her brand of adventure and sensuality to entice readers from the very first page to the thrilling conclusion. From propriety to impropriety, from the glittering social whirl to the darkness of a hellfire club, Collins brings readers along on a lively hunt for a killer.” —RT Book Reviews (4 stars)
“Collins (the Wicked Widows series) launches the Lords of Anarchy historical series with the lure of love and mystery…The sensuous love scenes are evenly matched with a captivating mystery as Leonora and Freddy work together to uncover the culprit, often putting their own lives in danger. This is a fresh and promising start to the series.” —Publishers Weekly
“Collins gives a clever wink and a nod to the television show Sons of Anarchy in her latest captivating Regency, which kicks off her new Lords of Anarchy series. Readers who relish historical romances served up with a generous measure of dangerous intrigue and sizzling sensuality will definitely want to test drive this smartly crafted tale.” —Booklist
“Narrator Anne Flosnik is a winner of multiple AudioFile Earphones Awards because of her tremendous acting skills and vocal talents. All of them are on display in this first in the Lords of Anarchy series…Flosnik is incomparable in her ability to portray men and women from all strata of British society. She makes the men sound aloof, elitist, and oh so properly British and the women sound feminine, mysterious, and proper, even while they’re being oh so improper. Flosnik’s slight touches of wry humor to her portrayal of Lord Lisle as he tries to exercise patience in his wooing of the determined and stubborn Leonora is especially entertaining.” —AudioFile

Manda Collins spent her teen years wishing she’d been born a couple of centuries earlier, preferably in the English countryside. Time travel being what it is, she resigned herself to life with electricity and indoor plumbing, and read lots of books. When she’s not writing, she’s helping other people use books, as an academic librarian.