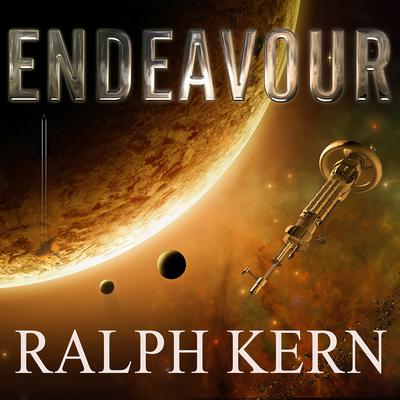 Since we first looked at the stars, there have been no signs of alien life, no one who has tried to speak to us, a mystery that a long-dead scientist called the Fermi Paradox. "Where are they?"
In 2118 the first daring mission to another star, Tau Ceti, twelve light-years away is launched. Tom Hites and Harry Cosgrove command the starship Endeavour on an epic journey to solve the Fermi Paradox. From the first, nearly disastrous steps on a distant world, their quest takes them further than they ever imagined. Out amidst the mysterious long-abandoned worlds and ancient relics they discover, some strange, some wonderful and some deadly, that question they seek to answer becomes: "Where are they now?"

Ralph Kern is a uniformed officer in the West Midlands Police in England. He earned a degree in aerospace technology and also received his pilot license in the United States. Aside from writing, he enjoys traveling, scuba diving, and long-distance running.